Episode 87: Why Do Planes Make a Sonic Boom? 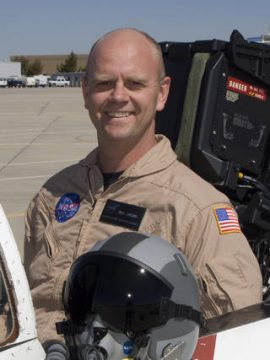 The experimental X-59 aircraft will demonstrate the ability to fly faster than the speed of sound and reduce the loudness and intensity of the sonic boom, typically associated with such speeds. In support of this effort, Larson has flown numerous supersonic research flights in support of NASA’s Commercial Supersonic Technologies project. This has included supersonic flights in California, Florida and Texas, preparing NASA for community overflights of the X-59 starting in 2024.

Prior to joining NASA in 2007, Larson was on active duty with the U.S. Air Force. He has accumulated more than 7,000 hours of military and civilian flight experience in more than 100 fixed- and rotary-winged aircraft.

During his time in the Air Force, Larson served as a first assignment instructor pilot in T-37 trainers; an operational U-2 pilot; a test pilot flying the F-15, T-38C and RU-38; a test pilot instructor on exchange at the U.S. Navy Test Pilot School teaching systems and fixed-wing flight test in the F/A-18, T-2, U-6A and X-26; and as commander of the U-2 flight test detachment and depot in Palmdale, California. He finished his Air Force career as the deputy group commander for the 412th Operations Group at Edwards Air Force Base. He retired from active duty in 2007 with the rank of lieutenant colonel.

At NASA, Larson previously served as Armstrong’s flight crew branch chief, also known as chief pilot, and was responsible for supervision of the pilots, navigators, UAV operators and flight engineers who flew a variety of specialized aeronautical research, operational science and mission support aircraft. Prior to that he served as deputy chief of the flight crew at Dryden (now Armstrong). He has worked on numerous supersonic projects and the Mars Science Laboratory (MSL) landing radar tests in the F/A-18, the F-16 Automatic Collision Avoidance Technology program, various high speed propulsion projects in the F-15, Intelligent Flight Control projects on the F/A-18 and NF-15B and numerous airborne science missions flown on the ER-2 and DC-8 airborne science aircraft.

Larson earned a Bachelor of Science in astronautical engineering in 1986 from the U.S. Air Force Academy in Colorado Springs, Colorado. He is an associate fellow of the Society of Experimental Test Pilots and a graduate of U.S. Air Force Test Pilot School Class 95A, “The Spin Doctors.”

Safely watch for lightning during a storm. Once you see the flash count “one-one-thousand, two-one-thousand…” until you hear the BOOM. That tells you how far away the lightning is. Also, you just heard a sonic boom! 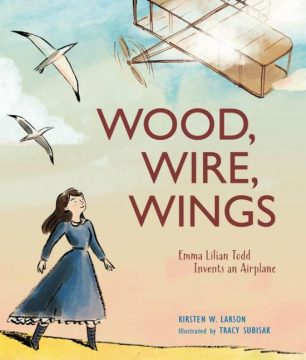 Book Giveaway for this episode!

Planes: From the Wright Brothers to the Supersonic Jet by Jan van der Veken

Jet Plane: How It Works by David Macaulay, Sheila Keenan

One Minute Paper Airplanes Kit: 12 Pop-Out Planes, Easily Assembled in Under a Minute  by Andrew Dewar