Episode 6: How Do You Live in Space? 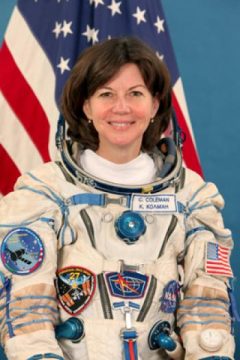 Cady Coleman is a scientist, wife, mother, pilot, musician, retired NASA Astronaut, and a veteran of two Space Shuttle missions and a six-month trip aboard the International Space Station (ISS).

As a public speaker, Cady draws from her time in NASA and her missions on the ISS to share insights about team building, leadership, and innovation. She presents captivating tales about life in space that show how critical collaboration skills practiced in space can be applied to any team. Passionate about sharing her experiences aboard the ISS, Cady even delivered the introductory talk for TED 2011 from space.

Cady currently serves as University Explorer at Arizona State University and as a consultant for a wide range of space-related projects. In addition to her role as University Explorer at ASU, Cady is a research affiliate at the MIT Media Lab. She serves on several boards, including the Smithsonian National Museum of Natural History, Earthrise Alliance, Dent the Future, Skycatch, and Greenfield Community College. Cady earned a BS in chemistry from MIT in 1983 and a Ph.D. from the University of Massachusetts in 1991. 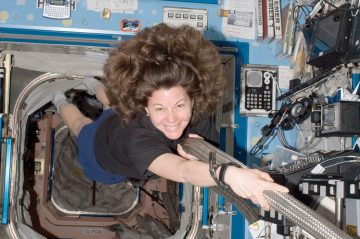 Listen to Cady’s TED Talk “What’s it like to live on the International Space Station?”  HERE

Find the International Space Station (ISS)  in the sky. Use the website Spot the Station  to discover when and where the ISS will pass over your house. (Maybe even wave to the astronauts as they pass over) Then draw a picture of a place you might like to live in space.

OR you can leave us a comment on our episode page

If you do, you will be entered to win a copy of this week’s book. 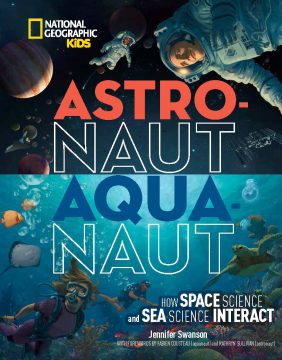 FREE BOOK for this Episode!

Journey from the deepest trenches in the oceans to the farthest humans have ventured into space and learn what it takes to explore the extremes. You might just be surprised by how similar the domains of ASTRONAUTS and AQUANAUTS really are. Dr. Helmuth, Fabien Cousteau, and Astronaut Cady Coleman are featured experts in this book.