Episode 37: How Can We Know if Bigfoot Exists? 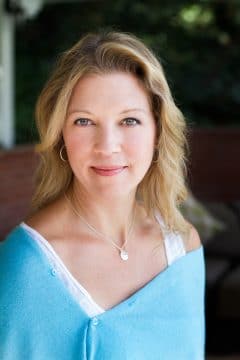 Lija Fisher is the author of funny adventure novels for kids that explore the world of cryptozoology, or the search for legendary animals that might be real. Her debut novel. THE CRYPTID CATCHER (Farrar, Straus & Giroux) received a starred review from Booklist and was a Junior Library Guild Selection. The sequel, THE CRYPTID KEEPER, was written while Lija was the Writer in Residence with Aspen Words and was a finalist for the Colorado Book Award in juvenile literature. Lija travels the country speaking at schools, libraries, and Bigfoot conferences where she gets kids interested in reading and science through searching for hidden animals, or cryptids, like the Loch Ness Monster. Prior to becoming an author, she trained for a while (a very short while) to be a Hollywood stunt person. Lija holds a BFA in Performance Studies and has performed on stages in New York, LA, Colorado, Florida and Alaska, where she was chased by a bear. She lives in Colorado near several Bigfoot sightings. You can read more about her at LijaFisher.com. 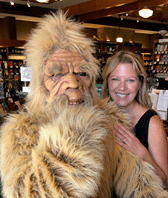 According to the Merriam Webster dictionary, Cryptozoology is “the study of and search for animals and especially legendary animals (such as Sasquatch) usually in order to evaluate the possibility of their existence.”

Most cryptozoologists use other scientific specializations like chemistry, zoology, micro-biology, and psychology, to work on discovering answers to questions humans have been asking for centuries. 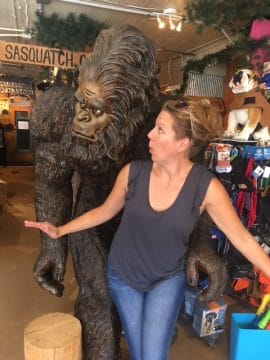 Make a plaster cast, one you might need if you find BigFoot.

With your parents permission, send us your findings via email at podcast@solveitforkids.com OR 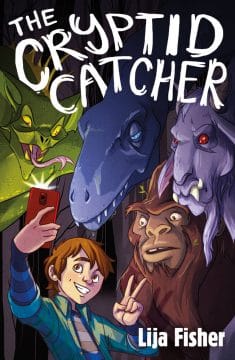 The Cryptid Catcher by Lija Fisher

Clivo and the Myth Blasters are back on the trail of the immortal cryptid in this conclusion to a monstrously funny middle-grade duology by Lija Fisher.

Tales of the Cryptids: Mysterious Creatures That May or May Not Exist by Kelly Milner Halls, Rick C. Spears, and Roxyanne Young (Millbrook Press)