Episode 106: How Do We Know Dinosaurs Could Fly? 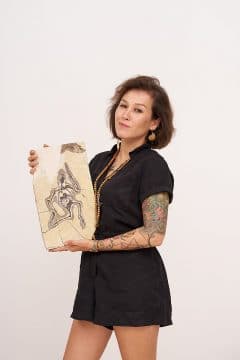 Dr. O’Connor is from Pasadena, California. Her mother is a geologist. O’Connor says that while she was not a dinosaur enthusiast as a child, being present for her mother’s geology fieldwork began her interest in the subject.She explains, “I enjoyed going to the field with her, collecting rocks, minerals, and fossils, and playing in the lab.”

O’Connor graduated from Occidental College after majoring in Geology. While a student, she volunteered in the paleontology department of the Natural History Museum of Los Angeles County. She received a Ph.D. from the University of Southern California in 2009, studying ancient birds with Luis M. Chiappe and Dr. David Bottjer. In 2011, Dr. O’Connor named a species of Qiliania, a Cretaceous-era bird that she discovered with a team, the Qiliania graffini after Greg Graffin.Graffin is most well-known as the singer of the punk band Bad Religion and is also a professor of Evolutionary biology.

In 2020, O’Connor returned to the United States, becoming the Associate Curator of Fossil Reptiles at the Field Museum in Chicago.

Go out in your backyard, a nearby park, or just look out your window and see how many dinosaurs you can see (hint: birds are dinosaurs). Count them up! 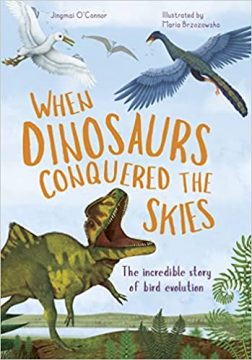 National Geographic Kids Everything Dinosaurs: Chomp on Tons of Earthshaking Facts and Fun by Blake Hoena