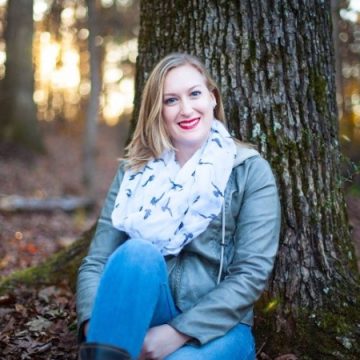 My name is Gretchen Burson. I am an Aquarist II at the Georgia Aquarium. I have worked there for the past 5.5 years. I graduated from University of West Georgia with a BS in Biology with a concentration in Marine Science. I have worked with multiple species from sea stars to whale sharks. My favorite animal to work with right now is our bowmouth guitar fish. I plan on working here for as long as I can and getting every opportunity to work with every anshoe!
I have a dog. Her name is Quinn. I don’t know what kind of dog she is. Perhaps a beagle, brindle hound mix. She was found on the side of the rode. She’s my favorite. I am married to my husband Zach for almost 3 years and I have a 7 year old step daughter named Sadie who loves Harry Potter, unicorns and collecting rocks. Oh and we have a cat named Lip. He just exists in the same space as us and wrestles the dog when he’s bored.
Images of Gretchen in the Shark Tank at the Georgia Aquarium! 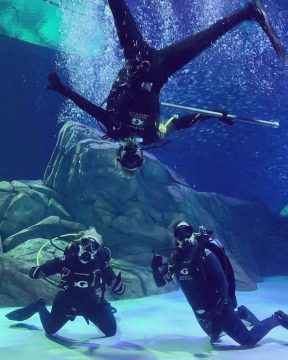 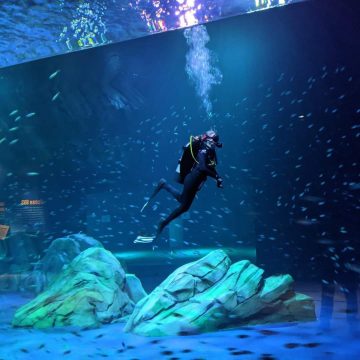 The Ray and Shark Immersion Experience at the Georgia Aquarium

Draw a picture of your favorite shark! Don’t have one? Do some research to find out the different kinds of sharks in the world. 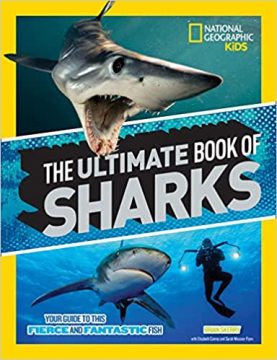 Highlighted Book for this Episode!

The Ultimate Book of Sharks by Brian Skerry

Super Shark Encyclopedia: And Other Creatures of the Deep by DK (Author)

Sharks for Kids: A Junior Scientist’s Guide to Great Whites, Hammerheads, and Other Sharks in the Sea
by David McGuire