Episode 79: How Do You Work With Snakes… Safely? 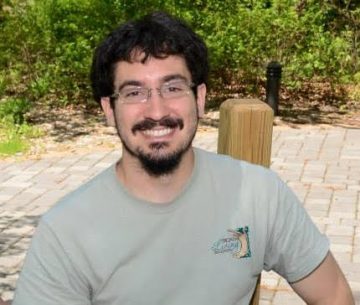 My name is Travis Land, and I am currently working as a Ranger Tech for the City of Newport News Parks, Recreation, and Tourism Department. I am committed to helping its mission of enhancing the quality of our community and its citizens by assisting its wildlife rehabilitation efforts, educational programming opportunities, and other services/resources provided by the city. Previously I had worked for 13 years in the Herpetology Department at the Virginia Living Museum, where I managed the health and well-being of our reptiles and amphibians. During that time I’ve had the great fortune of working with many fantastic and amazing animals – such as American alligators, softshell turtles, eastern hellbenders, greater sirens, and of course – snakes of all shapes and sizes! Which includes the three pitvipers we have in Virginia (Copperhead, Cottonmouth, and Timber Rattlesnake), as well as a few exotic species like the monocled cobra, gaboon viper, and eastern diamondback rattlesnake – the largest venomous snake in North America! I would also coordinate many of our reptile and amphibian-related public programs and conservation initiatives at the Museum, where we tried to foster a greater appreciation for these amazing animals throughout the local community. One such conservation program was a frog and toad study where I would train volunteers to go out into the field and be able to identify the calls of local species. That information would then get recorded into a database so we could keep track of the changes to the frog and toad populations nearby, including any threatened or vulnerable species. In much the same vein, myself and several of my colleagues at the Museum would conduct various species surveys of other types of animals to keep tabs on our local populations. Studies like these help us stay vigilant during a time when many species are dwindling and disappearing at record rates, and can help us catch any problems that arise earlier, hopefully in time to do something about it. 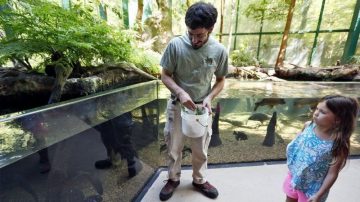 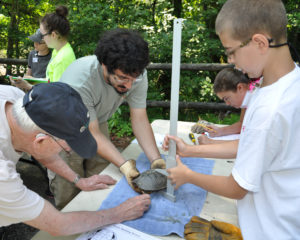 To learn more about the Museum where Travis worked, click on the logo below

Learn about an animal that maybe you are nervous about. Look up information about how it moves, what it eats, how it behaves. Hopefully, if you learn more about it, you won’t be so nervous to be around it. 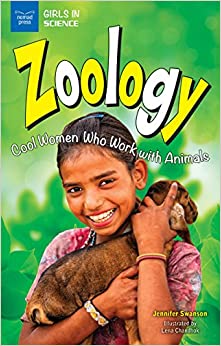 Snakes for Kids: A Junior Scientist’s Guide to Venom, Scales, and Life in the Wild by Michael G. Starkey