Episode 50: How Do You Have a Snowball Fight on Mars? 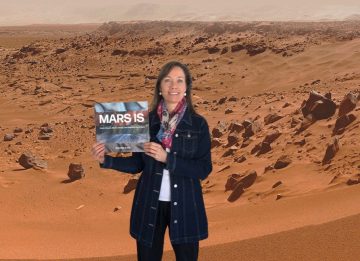 Suzanne Slade is the award-winning author of over 140 books for children. A mechanical engineer by degree who worked on rockets and car braking systems. Suzanne worked for McDonnell Douglas Space Systems in CA on Delta and Titan rockets and Delta-Star spacecraft purchased by NASA. She is a huge Mars fananatic. And with the recent Perseverance rover landing, and two other missions that arrived at the Red Planet last month, Mars is more popular than ever! Maybe it’s because Mars is our closest neighbor in the solar system, and we can see its faint reddish light with our own eyes. Whatever the reason, earthlings are very curious about Mars. Several years ago she discovered the most fascinating Mars photos she’s ever seen.
Actually, they’re breathtaking!

The pictures were taken by a camera called HiRISE which has been orbiting Mars since 2006. HiRISE (short for High Resolution Imaging Science Experiment) is the most powerful camera ever sent to another planet.

As she investigated these stunning Mars images, Suzanne knew young readers would love them too! That led to years of research, and the creation of a new picture book, MARS IS: STARK SLOPES, SILVERY SNOW, AND STARTLING SURPRISES. This photo-illustrated title shares interesting science details about many HiRISE photos. 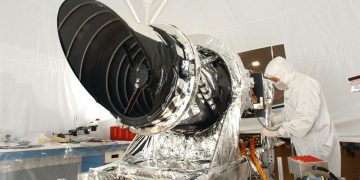 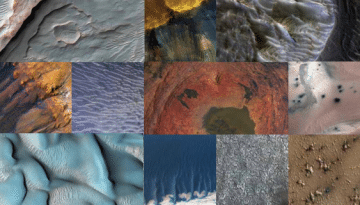 During a cold winter on Mars, carbon dioxide in the atmosphere freezes and turns into solid ice. Near the frigid South Pole, some ice accumulates into large, roundish-shaped slabs about 10 feet thick. Scientists believe the walls surrounding the ice pits in this photo are colored by dust trapped inside the ice. 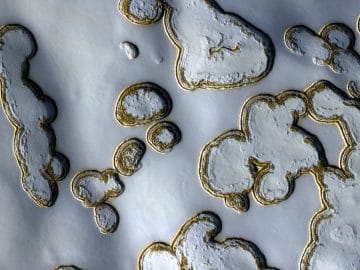 Send your name to Mars – Get your own Mars Boarding Pass! 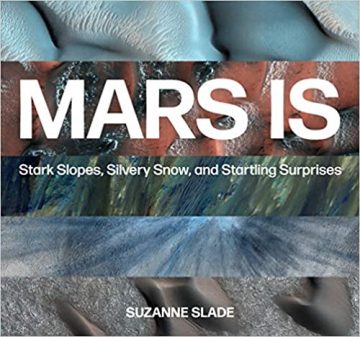 This book  explores the remarkable beauty of Mars in this timely photo-packed space extravaganza.

You Are the First Kid on Mars by Patrick O’Brien

Mars: Explore the mysteries of the Red Planet by DK