Episode 47: Why Should We Care About Biodiversity? 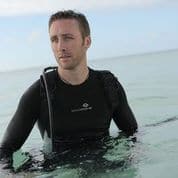 Philippe is a multi-Emmy-nominated TV host, author, speaker, and social entrepreneur. He has hosted numerous TV programs for Discovery, BBC, CNN, Travel Channel and more. Currently he is the host of the syndicated television show Xploration Awesome Planet, now in its sixth season.
He and his wife Ashlan are producers and narrators of a new Virtual Reality ocean exploration experience Drop in the Ocean that premiered at Tribeca Immersive in 2019.

Recently, Philippe was the co-star with his wife Ashlan of Travel Channel’s award-winning series, Caribbean Pirate Treasure for three seasons. They also co-hosted the documentary, Nuclear Sharks, for Discovery Channel’s Shark Week 2016, which premiered as the #1 rated show across all cable programming.

He is an award-winning author of several books; Follow the Moon Home, Going Blue, and Make a Splash. The first installment of his new book series The Endangereds launched on HarperCollins in the fall of 2020. Philippe and his wife Ashlan are co-authors of Oceans for Dummies which came out in Feb 2021.

In 2004Phillipe founded EarthEcho International; a leading environmental education organization dedicated to inspiring youth to act for a sustainable planet. With programs in North America, the Galapagos, Caribbean, Australia, and Europe – EarthEcho directly engages hundreds of thousands of youth each year. 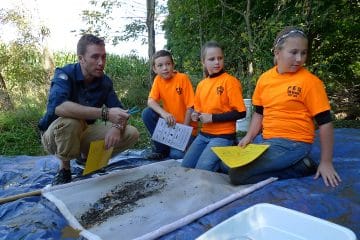 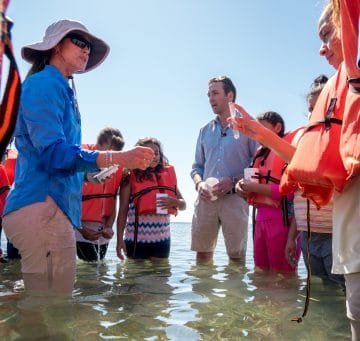 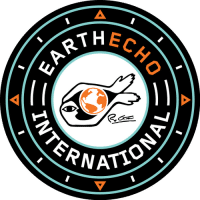 EarthEcho International’s mission is to inspire young people worldwide to act now for a sustainable future. We are a nonprofit 501c3 organization founded in 2005 by siblings Philippe and Alexandra Cousteau in honor of their father Philippe Cousteau Sr., son of the legendary explorer Jacques Yves Cousteau. Philippe Sr.’s belief in “a world where every single child can breathe fresh air, drink clean water, and walk on green grass under a blue sky” serves as our vision to this day.

Our approach is simple; EarthEcho’s 21st century tools and interactive resources equip youth to identify and solve environmental challenges starting in their own communities.

Watch this awesome video from Phillipe Cousteau, Jr. as he gives conservation tips everyone can do!

Go outside in your backyard or a park  and count all of the different organisms you see. How many did you find? 10? 20? 50?  Draw a picture of some of the creatures or take a photo. With your parent’s permission, email us at podcast@solveitforkids.com OR tag us on our Instagram or Twitter @kidssolve.

You could be entered to win a copy of this week’s book giveaway! 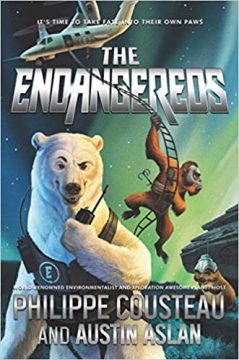 The Endangereds by Philippe Cousteau  and Austin Aslan

It’s time for animals to take fate into their own paws! The Endangereds is the first book in a thrilling new adventure series by world-renowned environmentalist and Emmy-nominated host of Xploration Awesome Planet Philippe Cousteau and award-winning TURBO Racers author Austin Aslan.

Follow the Moon Home: A Tale of One Idea, Twenty Kids, and a Hundred Sea Turtles by Philippe Cousteau  and Deborah Hopkinson