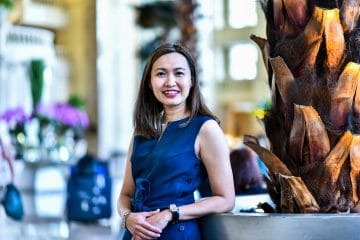 Janice Lao’s life’s work is in making businesses a force for good. She has a rare combination of deep scientific and cross-discipline knowledge, and the ability to engage and communicate effectively. For over 20 years, she has been multi-awarded internationally for her work in sustainability, including being named in Forbes Magazine as one of the world’s most influential sustainability leaders, the only Asian, and one of the youngest, in the list.

At 30, she developed the initial mathematical and economic modeling that was the basis for international aviation’s carbon-neutral growth strategy. Since then, she originated and led some of the “first in the industry” financial deals, such as Argent Energy (reported by The Financial Times in 2013) and the AAA+ rated green bond of MTR Corporation (listed by Fortune Magazine’s 50 Change the World List in 2017). In 2019, she became the first Asian and the youngest person to win the Edie Sustainability Leader of the Year Award, the Oscars of the international sustainability community. She was also named in the 2019 Woman in Sustainable Leadership Award by the US-based gb&d magazine for her work on sustainable buildings and real estate developments as well as being named by US-based Greenbiz as one of 25 most influential women working on climate change. Janice is a graduate of The University of Oxford as a full scholar under the prestigious British Chevening program.

She has been featured in international media such as CNBC, a US-published book “Everyday Superheroes: Women in STEM careers” with 25 other women STEM professionals around the world, including Nobel Prize winners, and even in a STEM trading card for K-5 students in the US. Currently, she is also raising awareness on the corrosive impacts of inequality, her well-received distillation of existing research and data on the social and economic impacts of inequality.

Having overcome “math fear” as a child and being a female scientist, she developed a system of teaching STEM as a lifestyle to encourage creative and critical thinking. She co-authored “Sparky & Benny’s Big Home Mystery”, a children’s book on climate change with her 11 year old daughter, Esther in 2020. She will be launching her second book with her 9 year old son, Isaac titled “Penguins Can Fly, Right?” to be launched in mid 2021. Find more about Janice and her books HERE 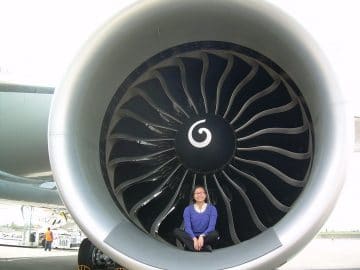 Janice sitting on the edge of a plane engine 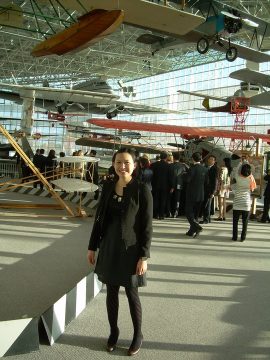 Janice Lao at a flight museum

Want to see one idea of what eco-friendly planes might look like in the future? Check out this video by Airbus

Create your own family formula by observing your family.

Discover how often each person talks at the dinner table or how often the dog has to go outside.

Create a math problem around that.

If you send in your challenge OR just leave a comment on the episode page, you will be entered into a giveaway to win a FREE copy of the book listed below. 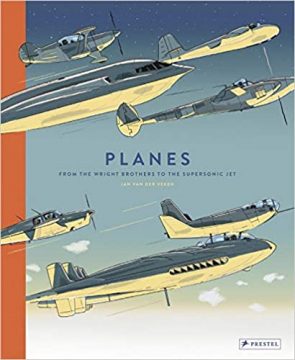 Planes: From the Wright Brothers to the Supersonic Jet by Jan van der Veken (Prestel Junior)

The Big Book of Airplanes by DK (Author)

Folding Paper Airplanes with STEM: For Beginners to Experts by Marie Buckingham (Author)