Episode 36: How Can Cars Drive by Themselves?

Meet the Expert:  Dr. Mary  Cummings, Director of the Humans and Autonomy Laboratory and Duke Robotics at Duke University 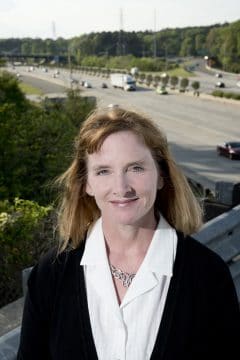 Cummings is currently a Professor in the Duke University Pratt School of Engineering, the Duke Institute of Brain Sciences, and is the director of the Humans and Autonomy Laboratory and Duke Robotics. Her research interests include human-unmanned vehicle interaction, human-autonomous system collaboration, human-systems engineering, public policy implications of unmanned vehicles, and the ethical and social impact of technology. 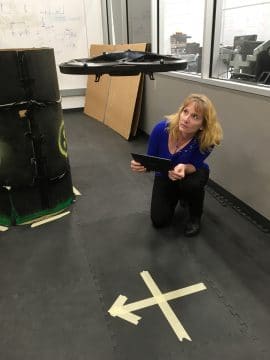 Dr. Cummings checking out a drone that she is working on

What is a drone?

In aviation and in space, a drone refers to an unpiloted aircraft or spacecraft. Another term for it is an “unmanned aerial vehicle,” or UAV. On Earth, drones are often used for military purposes because they don’t put a pilot’s life at risk in combat zones. In addition, drones don’t require rest, enabling them to fly as long as there is fuel in the craft and there are no mechanical difficulties.

Take a look at some of the AMAZING Robots being created by the Duke Robotics Labs!

and/or  if they think cars should drive by themselves?

With your parents permission, send us your findings via email at podcast@solveitforkids.com OR 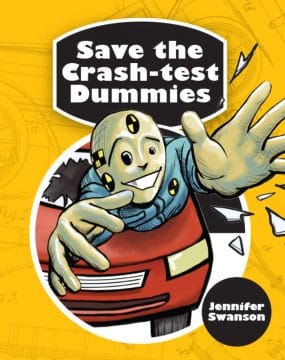 Highlighted book  for this Episode!

Cars take us to work. To school. To soccer practice. To the grocery store and home again. Can you imagine a world without them? Filled with fun four‐wheeled nuggets of history and explanations of how cars actually work, this nonfiction book from former science educator and award-winning author Jennifer Swanson will appeal to lovers of all things that go and readers who are interested in getting in under the hood and seeing how things work.

Drones: An Illustrated Guide to the Unmanned Aircraft That are Filling Our Skies
by Martin J. Dougherty  (Sterling)

How to Draw Fun Flying Vehicles: From Hang Gliders to Drones by Fiona Gowen (Illustrator) (BES)

How Are Supercars Made? by Baby Professor