Episode 26: How Do You Teach a Robot to Swim? 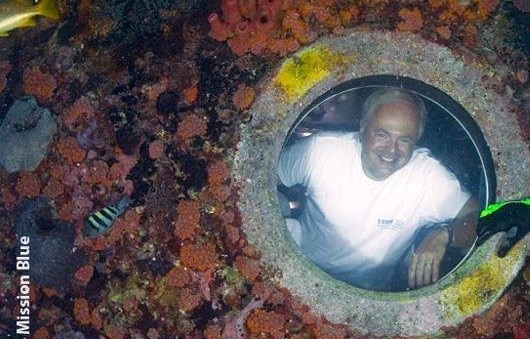 Hi, I’m a marine biologist, engineer, and underwater explorer. I got my start exploring the underwater world at age 6 when my dad taught me to snorkel in the lakes of upstate NY and Canada. When I was 16, I saved money from delivering newspapers and bought scuba gear and took diving lessons with my dad at the YMCA. I was the first in my family to go to a four-year college (Harvard) where I studied biology. I had two great bosses, Dr. Jane Lubchenco, who years later worked for President Obama as the head of America’s ocean agency, NOAA, and Dr. Ken Sebens, with whom I went scuba diving in the waters near Boston and in the Gulf of Maine. Diving was su fascinating, as I got to observe and study the amazing sea creatures that live attached to the rocks. I did research on how a kind of soft coral changes its shape depending on how fast the water flows past it. I wrote a story about the corals that won a writing prize that John Updike and Ralph Waldo Emerson also won when they were students. I stayed at Harvard for my Master’s and Ph.D. degree with Dr. Sebens because I loved working with him on corals. In graduate school, Dr. Sebens and I went to live on the bottom of the sea in the underwater laboratory, Hydrolab, where we were the first people to take a computer underwater. We used the computer as a kind of data-collecting robot for an experiment we set up on the seafloor to study how corals responded to flow. We found that the faster the ocean moves past a coral, the faster run metabolic processes like respiration, and in the case of symbiotic corals, photosynthesis. (Coral have algae living inside them.) A few years later, I worked my friend Jim Sias to build a robot that could swim around and make measurements of what was going on in the ocean. We call the robot Fetch, because like a good dog retrieving a ball, our underwater doggie retrieves us data! Mr. Sias and I co-founded the first company to make these free swimming robots, that are now called Autonomous Underwater Vehicles, or AUVs. My Fetch robots have been to four continents including Antarctica. We trained Fetch how to recognize fish by species, and even jellyfish.

Now I work at Northeastern University at its Marine Science Center. My lab helped develop a new kind of sensor to measure microplastics, tiny pieces of plastic that are polluting our ocean. We hope to have the Fetch robot carry the new sensor so we can understand this pollution problem better. I still work on corals and still like working underwater. So far I have spent 89 days living on the bottom of the sea, and during my time as an aquanaut I have had the privilege of working with great undersea explorers like Dr. Sylvia Earle, the first Chief Scientist of NOAA, and Dr. Bob Ballard, who found the wreck of the Titanic. I hope all of you get the chance to go snorkeling in the ocean sometime. The ocean is in trouble from global warming, overfishing, and pollution, and we need everyone to know about the problems and talk with friends, family, and government leaders about what we can do to help save the oceans, and in the process, save ourselves.

What is an ROV?

According to NOAA’s Ocean and Exploration research page (found HERE)

““ROV” stands for remotely operated vehicle; ROVs are unoccupied, highly maneuverable underwater machines that can be used to explore ocean depths while being operated by someone at the water surface.” 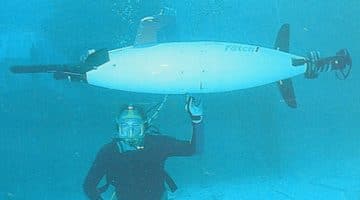 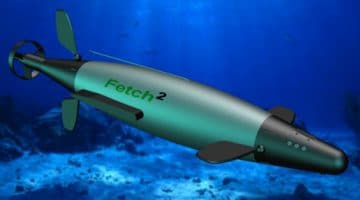 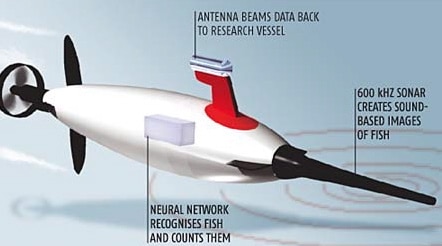 Watch this short video to learn all about Fetch, Dr. Patterson’s ROV

Take a few “bad” pictures  of things or people around your house. Maybe in in bad lighting or an extreme close up, and  see if your friends and family can identify it.

If they get it right ask how did you know what this was? This is basically how Dr Patterson trains Fetch to recognize objects it sees. 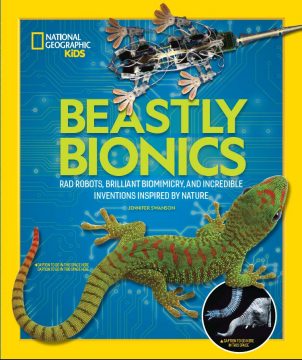 FREE book giveaway for this episode!

From robots that protect people and gather information to everyday inventions, like reflectors on the roads and ice-proof coatings for airplanes, to new sources of renewable energy, this book dives into the ways that nature can give us ideas on how to improve our world. Discover more than 40 examples of technology influenced by animals, learn about some of the incredible creatures who have inspired multiple creations, and meet some of the scientists and the stories behind their inventions.