Episode 24: How Do You Draw Science? 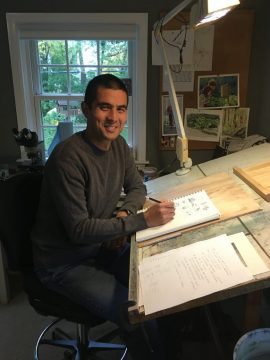 Jason Chin combines imaginative storytelling with intriguing science to create books that enchant and educate.  He is is the author and illustrator of Grand Canyon which received a Caldecott Honor and Sibert Honor.   His other books include Redwoods, Island: A Story of the Galápagos, Nine Months written by Miranda Paul which received a Boston Globe-Horn Book Honor.  His most recent book, Your Place in the Universe has received four starred reviews.  While researching his books, he’s gone swimming with sharks, explored lava fields and camped with scorpions at the bottom of the Grand Canyon.  Jason was raised in New Hampshire, studied illustration at Syracuse University, and now lives with his family in Vermont.
Jason’s books engage readers with spectacular images of science. They inspire curiosity and engage the imagination in children of all ages.

His book, Grand Canyon is an excellent example of this. As you can see, the images of the canyon are amazing, and yet underneath, he has information about the science involved in creating the canyon. 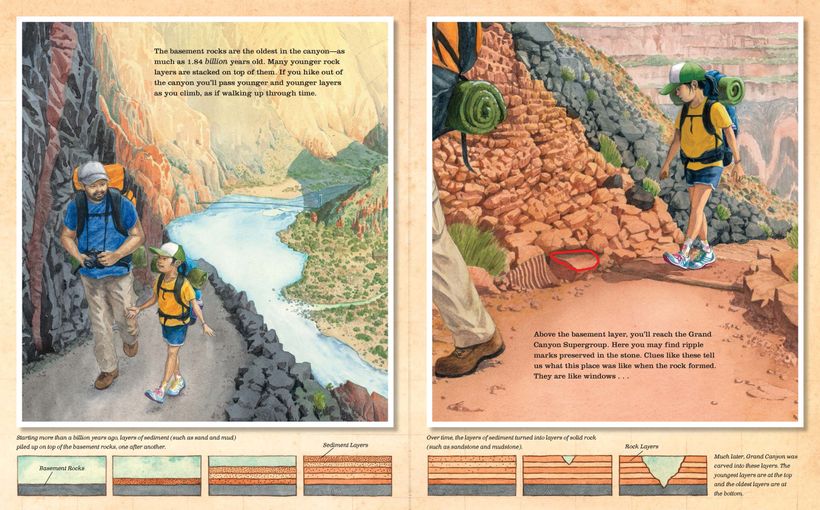 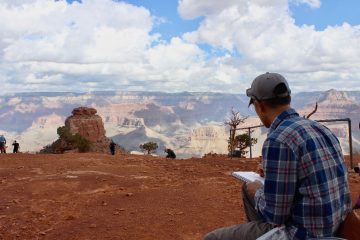 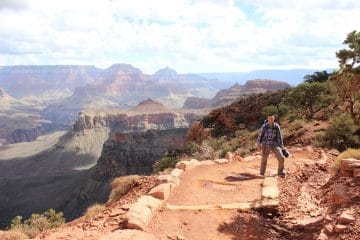 Here is Jason at the Grand Canyon doing research and initial sketches for the book!
Check out image from his NEWEST book, Your Place in the Universe  (2020, Neal Porter Books) 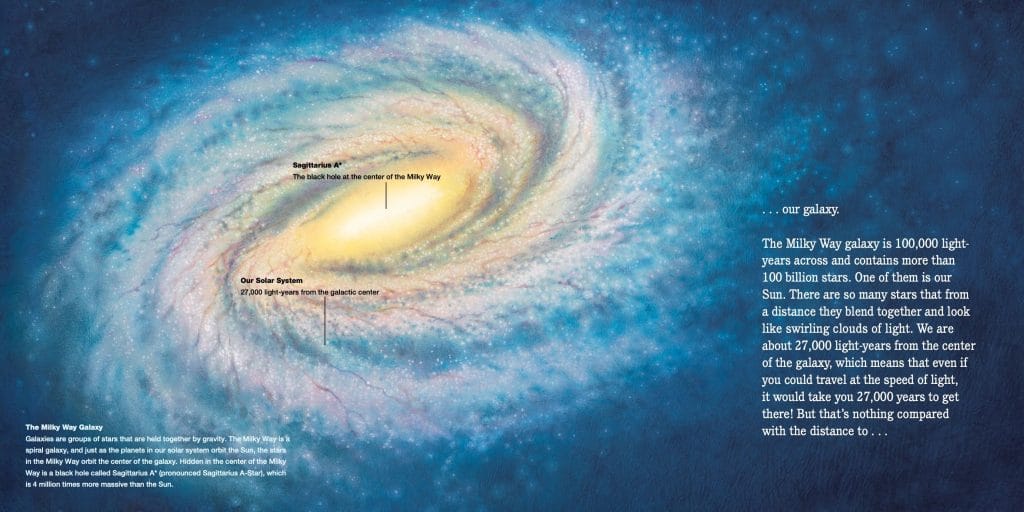 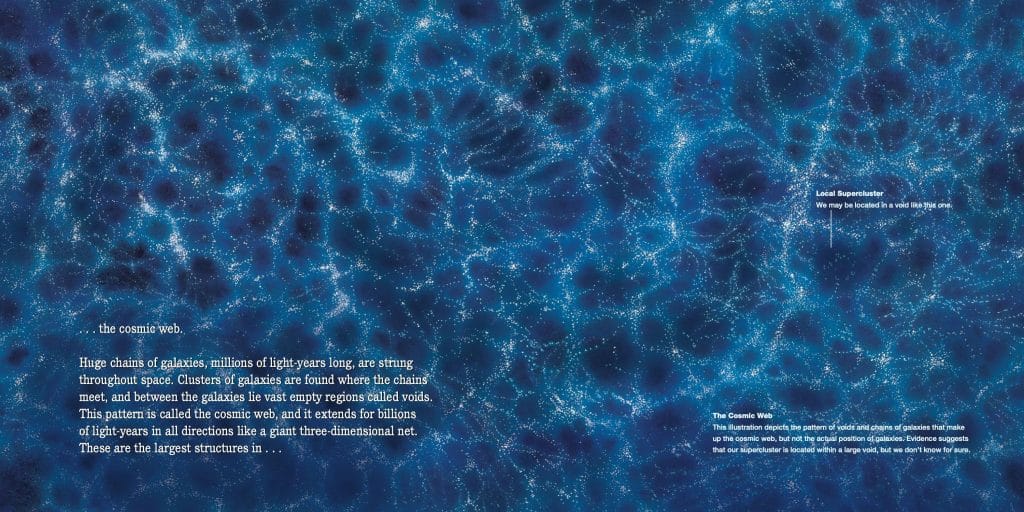 Go outside and find a bit of  science interests you. Now  draw it.

Be sure to add things into your picture that can’t be conveyed in words. Use your art to illustrate the science!

If you send in your challenge OR just leave a comment below about the episode, you will be entered into a giveaway to win a FREE copy of the book listed on below. 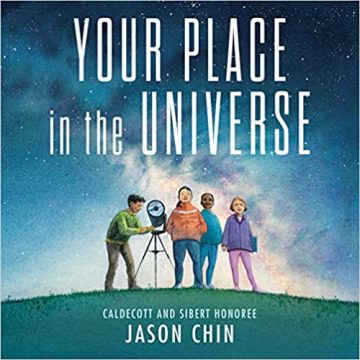 Your Place in the Universe by Jason Chin (Neal Porter Books)

With crisp illustration and intriguing science, Your Place in the Universe introduces readers to the mind-boggling scale of the known Universe.

Most eight-year-olds are about five times as tall as this book . . . but only half as tall as an ostrich, which is half as tall as a giraffe . . . twenty times smaller than a California Redwood! How do they compare to the tallest buildings? To Mt. Everest? To stars, galaxy clusters, and . . . the universe?