Episode 16: How Do You Test a Rocket Without Blowing It Up? 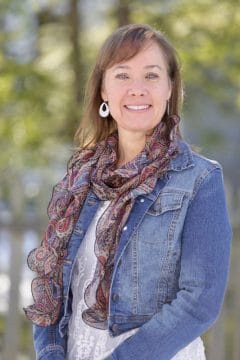 Suzanne Slade is the award-winning of over 140 books for children. A mechanical engineer by degree who worked on rockets and car braking systems.  Suzanne worked for McDonnell Douglas Space Systems in CA on Delta and Titan rockets and Delta-Star spacecraft purchased by NASA. In general, NASA hired hundreds of contractors like MDSS to create and test various rocket components, and then oversaw the assembly and testing of the completed rocket.

MDSS created huge, round fuel tanks for rockets which held liquid oxygen (LOX) for the first stage main engine (which blasts rocket from earth.) During lift off LOX mixes with fuel to produce force to push rocket upward. Suzanne was part of the team that needed to test the huge LOX tanks to makes sure they were strong enough so they wouldn’t leak or break apart during liftoff. To test items, engineers usually forced air into an object to a certain pressure to do a pressure test and make sure it’s strong enough. But the problem with pressurizing such a large object is that if it fails, that pressurized tank would essentially become like an exploding bomb and injure the technicians/engineers testing it. So engineers decided the tanks would be tested inside a bomb shelter (underground room with strong walls), so if the tank failed no one would be hurt.

Suzanne is also the award-winning author of books for children. Some of her recent STEM titles include: A COMPUTER CALLED KATHERINE: HOW KATHERINE JOHNSON HELPED PUT AMERICA ON THE MOON (NSTA Best STEM book), DARING DOZEN: THE TWELVE WHO WALKED ON THE MOON, COUNTDOWN: 2979 DAYS TO THE MOON, ASTRONAUT ANNIE (Read by an astronaut on the Space Station), and THE INVENTOR’S SECRET: WHAT THOMAS EDISON TOLD HENRY FORD (NSTA Best STEM book). You can learn more about Suzanne at her website: www.suzanneslade.com

Image of Suzanne with the model rocket you can build 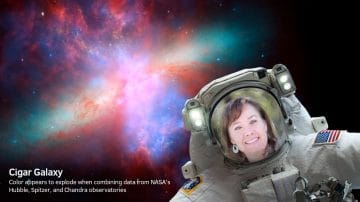 Want to watch a rocket testing in real-life? Check out this video of the NASA SLS Rocket test below

Build and Test your OWN Rocket. Follow these directions: 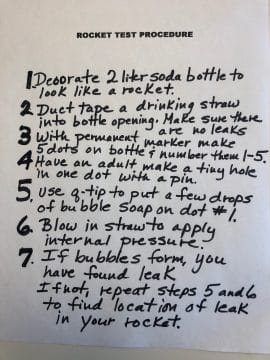 With your parents permission, send us a picture of what you fixed via email at podcast@solveitforkids.com OR 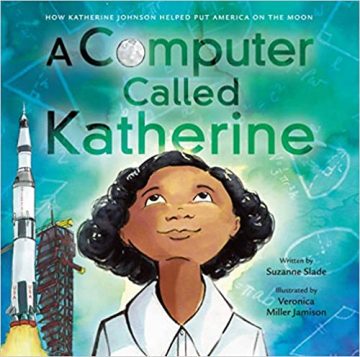 The inspiring true story of mathematician Katherine Johnson–made famous by the award-winning film Hidden Figures–who counted and computed her way to NASA and helped put a man on the moon!

Rocket to the Moon!: Big Ideas That Changed the World #1| by Don Brown– Amulet Books

Rocketry: Investigate the Science and Technology of Rockets and Ballistics by Carla Mooney– Nomad Press

This Is Rocket Science: An Activity Guide: 70 Fun and Easy Experiments for Kids to Learn More About Our Solar System  by Emma Vanstone– Page Street Books