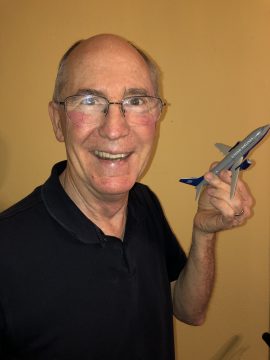 Some might say that I was destined to fly. One of my earliest memories, from when I was perhaps 4 years old, was of a very large silver plane flying over my parents house. When I was older, our house was under the traffic pattern for the local airport and underneath a major west coast jet route. I could lay in the grass and watch airliners and Air Force air planes pass overhead.

I attended university on an Air Force ROTC pilot scholarship. After graduation in 1977 I was assigned to pilot training at Williams AFB near Phoenix, AZ. After graduating from flight school I became an RF-4 Aircraft Commander based at Kadena AB on the island of Okinawa, Japan. After this overseas tour, I became a T-37 Instructor Pilot at Reese AFB (Lubbock, TX) and Sheppard AFB (Wichita Falls, TX).

After six and a half years in the Air Force, I joined the Peace Corps and was a math and science teacher in a rural high school in what was then Swaziland, Africa.

Do an internet search to find the ultimate paper airplane to make. Give it a try! Make several. See what forces act on the plane as you fly it. 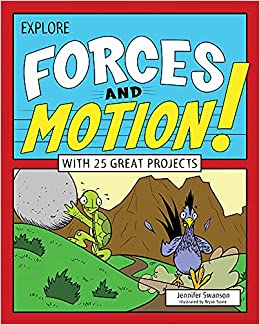 Highlighted Book for this Episode!

The Big Book of Airplanes (DK Big Books) by DK