Episode 111: How Do You Count Penguins? 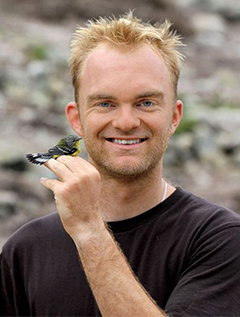 At 35, Noah has packed in more
birding adventures than most
people do in a lifetime.
In 2021, Noah earned a master’s
degree, with honors, from Stony
Brook University in New York,
where his research with the
Lynch Lab focused on Adélie,
Gentoo, and Chinstrap Penguins.
The Lynch Lab is leading the
analysis of data from the longterm Antarctic Site Inventory
biological monitoring program.
Noah published two first-author
papers about his Chinstrap Penguin studies, and received the
prestigious MSRC Endowment Award for Best Thesis.

In 2015, Noah set a new world record by becoming the first human to see 6,042 species of
birds—more than half of the planet’s bird species—in a single year. Noah first picked up
binoculars at age 10 and was named the American Birding Association’s Young Birder of the
Year in 2004. Noah works as an on-board naturalist for expedition cruises to Antarctica and
Svalbard, and has studied birds in the remote Australian Outback, the Galapagos, the Farallon
Islands, Hawaii, Maine, Florida, Taiwan, Costa Rica, Panama, and the Ecuadorian Amazon. In
2008, Noah spent three months in a frozen tent at Cape Crozier on Ross Island, Antarctica,
studying a colony of 300,000 Adélie Penguins.

Go outside and identify 10 different bird species! See who is living in your backyard or neighborhood. 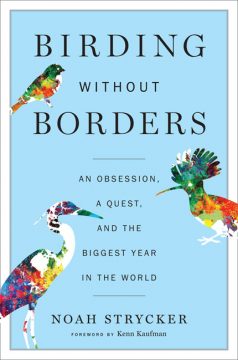 Featured book for this episode!

Birding Without Borders by Noah Strycker

All About Penguins: Discover Life on Land and in the Sea by Dyan deNapoli (Author)

Bird Watching Book for Kids: A Journal to Observe and Record Your Birding Adventures by Kristine Rivers (Author)